What’s In A Number?

An analysis of TSB’s gender pay gap reports can be found below.

When talking about the gender pay gap people tend to talk about the median figure rather than the mean. The mean is calculated by adding up all of the wages of staff in TSB in a and dividing that figure by the number of staff. This means the final figure can be skewed by a small number of highly paid individuals, like Richard Meddings, Executive Chairman. The median is the number that falls in the middle of a range when everyone’s salaries are lined up from smallest to largest and is more representative when there is a lot of variation in pay. 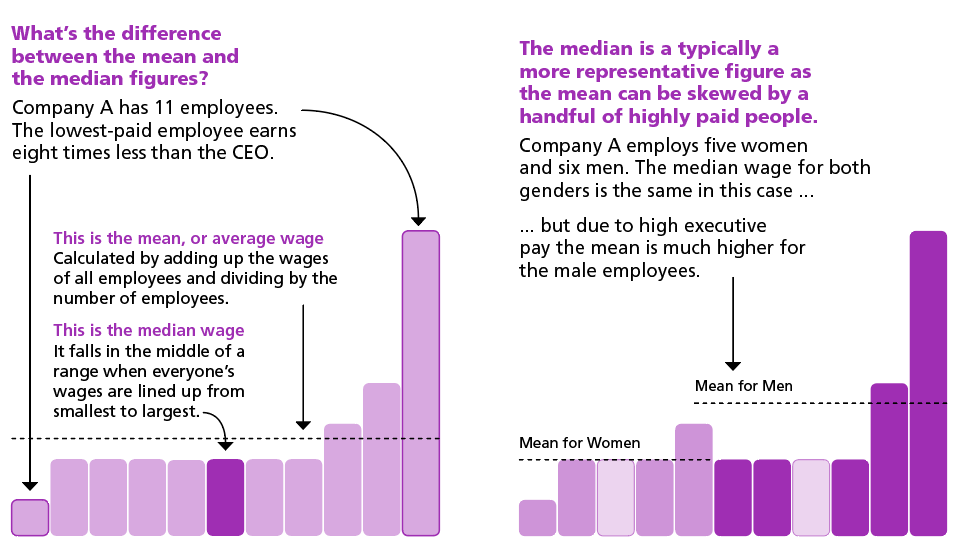 Research by the Equalities and Human Rights Commission said that just one in five of the 400 companies it sampled had produced an action plan setting out how they were going to deal with the pay gaps, something which the Government expected all would do. TSB has produced no such action plan or target to measure its progress. We believe such action plans and targets should be mandatory or the reporting exercise will simply become a tick box exercise. It will become the end in itself, rather than the means to an end, namely equal pay.

What many companies, including TSB keep stressing is that they don’t have an equal pay problem and the reason for the gender pay gap is “a higher proportion of women in junior roles and a higher proportion of men in senior roles”. But that kind of explanation will wear a bit thin if nothing changes over the next few years even when the new Chief Executive starts work. TSB has not got a comprehensive plan in place to increase the number of women in senior roles. Some organisations, including Lloyds Banking Group, have committed to increasing the number of women in senior roles with specific timescales. Targets like that drive change and allow staff to judge how well an organisation is doing. Equally, senior executives can be held accountable for their actions. TSB needs to set specific targets now.

The Government is also consulting on requiring employers to report their “ethnicity pay gap” and we think TSB should do that automatically. Following the BBC equal pay scandal, it was suggested that it should publish all staff salaries and benefits in order to create full pay transparency. Over time that would certainly deal with the pay gap issue.

We will be writing to the Government suggesting changes to the current regulations and would welcome the input of members. Members with any suggestions or any questions can contact the Union’s Advice Team on 01234 716029 or email us at  24hours@tbuonline.co.uk.